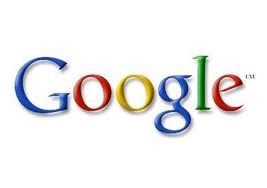 Google Inc. and Citigroup Inc. are investing an additional $204 million to finance another phase of a California wind farm. The companies said that each will invest $102 million in Alta V, a 168-MW project. This is in addition to the combined $110 million in financing that the companies said they would put into the Alta Wind Energy Centre wind farm in California’s Tehachapi Mountains. In total, Alta will have a capacity of 1,550 MW, or enough to power 450,000 homes. This is nearly twice as much as the largest operating wind energy installation in the US.

Google has been investing hundreds of millions in wind energy as it seeks reliable new ways to power its massive data centres. The latest financing of the Alta farm brings the search engine’s total clean energy investments close to $780 million.

Google has also invested in solar energy. The company recently invested $280 million in partnership with SolarCity and has now entered the residential solar industry with its largest investment into the renewable energy industry.

The Iranian government has signed a memorandum of understanding with an unnamed Danish company to build the country’s first privately-owned wind and solar power plant. The plant will be built near Damghan, in Semnan province, to the east of Tehran, as part of a project totaling up to 1 GW to be built in ten phases of around 100 MW each.

Construction of the first phase is expected to start “in the near future” and the financing will come from a German investor. UnderIran’s Five-Year Economic Development Plan (2010-15) the country aims to add 5 GW of wind and solar capacity by 2016, with wind accounting for 90 per cent of this figure.

To date,Iran has 92 MW of installed capacity, while the potential resource could exceed 15 GW, according to the energy ministry. According to industry sources, private investors have submitted applications for wind power projects  with a total capacity of 800 MW.

The National Assembly of Panama recently approved two renewable energy incentive laws. The incentive laws include import-tax and other tax exemptions on equipment, as well as a credit equal to 5 per cent of the value of civil works that are considered to be for public use. In a different development, the government announced the start of a process that will award 150 MW of wind energy contracts. This move could open the door for wind turbine installations in Panama. According to the economy minister, Mr Alberto Vallarino, the 150 MW of wind projects could be expanded depending on the capabilities of the participants.

Brazil reached the threshold of 1,000 MW of installed capacity, as a result of the strong industrial growth the sector has experienced since the introduction of the competitive auction model. The same model is now being replicated in several countries in the region with different results. The 1-GW mark was reached after the National Electric Energy Agency (ANEEL) authorised the Elebrás Cidreira 70-MW wind farm, located in Tramandaí in Rio Grande do Sul. It is the 50th wind farm to come online in the country.

Greece to Boost RE Investment

In a bid to encourage growth of renewable energy, the government of Greece introduced a slew of measures in 2010, including simplifying the investment process. Greece is believed to have a high potential for wind power generation. Yet, the country was third last in a study released by the European Wind Energy Association on the average amount of time taken by a nation to approve wind energy projects: A company is said to go through more than 40 different authorities in the process.

Greece has about 1,000 MW of wind energy installations and will need to produce as much as 12,000 MW annually to meet the European Union target for energy from renewable sources by 2020. Hence, in order to achieve this target, the Government wants to attract investment to build renewable energy projects. The Government passed a law aimed at reducing the approval time for renewable energy investments to as little as eight months from three years. It also reduced the time taken to get authorisation from the energy regulator to two months from the previous time period of a year.

In 2010, Finland introduced feed-in tariffs to promote renewable energy in the country. Finland consumes more than twice the electricity used by Germany because of its cold climate and energy-intensive industries such as papermaking and is therefore seeking ways to add non-polluting power generation to its energy mix. Prices were fixed for wind and biogas power to encourage producers to meet emission targets set by the European Union. The tariffs came into force on January 1, 2011 and will last for 12 years.

The year 2010 saw Sweden break previous records despite a global investment slump in wind power. The Swedish Wind Energy Association (SWEA) revealed that the country witnessed an addition of 557-MW wind installation during 2010, amounting to a 36 per cent increase in comparison with 2009. The government is now looking to increase its present renewable energy output of 20 per cent to about 50 per cent of the nation’s energy needs by the year 2020. Accordingly, it has presented a proposal to the Parliament for increasing the wind power capacity by 10 tWh. To achieve the same, the country plans to install 2,000 new wind turbines in the next 10 years: The increase is equivalent to about half of the power generated by the country’s nuclear reactors in 2009, which currently accounts for about 50 per cent of its electricity production.

Gothia Vind, a wind power operator based in Gothenburg, has already revealed plans to construct 100 wind novel power stations in the Southern region of Sweden, with an overall 200-300 MW capacity.

Spanish company Gamesa signed an MoU with Bard Holding GmbH to jointly develop and market offshore wind turbines and services. The MoU also gives Gamesa the right to develop manufacturing facilities for producing Bard offshore wind turbines under licensing contracts. According to the chairman of Gamesa, “Working together, Gamesa and Bard will become leading players in the world’s offshore wind power market in Europe, USA and Asia”.

UK’s energy market regulator, Ofgem opened the second round of tendering for high-voltage transmission links worth £1.9 billion for six offshore wind projects. Winning tenders for the first links will be announced in summer 2011. This is the second tender round in the offshore transmission regime, which is a joint policy initiative between the Department of Energy and Climate Change (DECC) and Ofgem, to encourage cost-effective investment in the vital network links between the offshore wind farms and the mainland grid. Companies will be competing for the right to own and operate the links to 2.8 GW of offshore wind farms for the next 20 years.

The Scottish First Minister, Alex Salmond held discussions with the Norwegian state oil company Statoil, to develop the “world’s first” commercial-scale floating wind farm in the region. Statoil has identified two locations – one, off Lewis and another off Aberdeenshire – which it believes could be used as pilot parks for the first commercial development of Hywind floating turbines, where three to five Hywind units could be installed to test its commercial capacity.