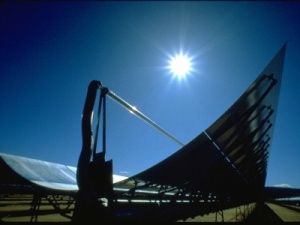 The concentrating solar power (CSP) market is set to rise once again in 2012 and grow further in the next five years, according to new research from SBI Energy. The global capacity of utility-scale CSP was 2 GW at the close of 2011 with approximately another 2,500 to 3,500 MW expected to become operational in 2012. SBI Energy estimates the cost of the installed base of CSP at the end of 2011 at $9.5 billion with power tower technology increasing its market share. Whereas parabolic trough currently holds 93 per cent of the installed base value, by 2015, that percentage is forecast to drop to 70 per cent as power tower, also called central receiving station technology, becomes more common. The report also states that new development and construction activities will intensify in 2012 in Australia, India, and China.

Danish energy company Dong Energy has gained full consent to test two next generation offshore wind turbines at its Gunfleet Sands site in South East England. The two Siemens 6 MW machines will be installed at Dong’s Gunfleet Sands 3 demonstration project. It is the first time that the Siemens 6 MW turbine will be tested offshore. Referring to the demonstration project, Morten Buchgreitz, deputy CEO of Dong Energy Wind Power, mentioned that the company is going to be the first company to this new Siemens machine. The Gunfleet Sands 3 demonstration project is located 8.5 km south east of Clacton on Sea. Buchgreitz also highlighted that the Round 3 projects in the UK are in deeper waters and will have a much bigger capacity than existing wind farms, requiring the technology to increase in capacity.
The new turbines will be installed by November this year with construction starting in May, and will be connected through a dedicated export cable. Dong plans to verify turbine performance, reliability and functionality. A prototype of the 6 MW turbine is also being tested at an onshore test centre at Hovsore, Denmark.